JJ Jones is an internationally-touring drummer, educator and writer. She has performed with folk-pop darlings Girlyman, comedian Margaret Cho, Egyptian revolutionary Ramy Essam, and alt-pop sensation Heather Mae, among many others.  JJ has been an instructor at girls and ladies rock camps across the U.S. She spent three years as the tech and gear editor of Tom Tom Magazine, and is a regular contributing writer to Drumeo's online magazine The Beat. JJ is the founder of EmpowerDrumming.com, a drum education and coaching company for women. Between rock camps and private students, JJ has taught over 200 women and girls how to play drums.

"Simply one of the best drummers I’ve ever seen."  Americana Gazette

"One big bodily flow of stops and starts, while flawlessly keeping the rhythm. Truly fascinating to see."  WoNo Magazine

"Even when she's only playing a soft shuffle with her brushes, she moves her body like she's trying to keep the lights on."  Slate Magazine

Sensitive and musical, dynamic and fluid, JJ often seems to be dancing on the drum set. Her constant comment from fans is: "I love to watch you play." The Americana Gazette says: "JJ mesmerized us that night as she flew deftly across the spectrum of bass, snare and cymbals with impeccable skill. She’s simply one of the best drummers I’ve ever seen, one of the few who uses every percussive surface to maximum advantage." 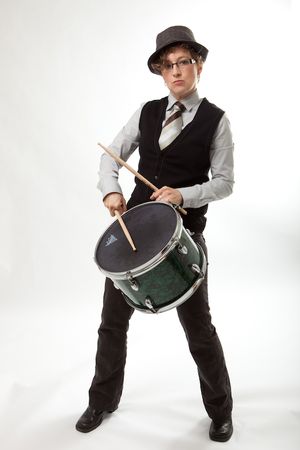 JJ joined her first band while attending high school at the Seattle Academy of Arts and Sciences. After graduating college with a neuroscience degree, her long-standing love of acoustic music eventually lead her to play with singer/songwriters and it was then that she started to be known for her signature style. JJ has accompanied numerous folk, Americana, and acoustic artists, been the drummer on over twenty studio recordings, and acted as "house drummer" at both the National Women's Music Festival and the Red Rock Women's Festival. She's been an instructor at the Rocky Mountain Song School for twelve years and performing as their house drummer, and spent a year with Allison Russell's roots band Po' Girl, touring extensively through the US, Canada, UK, and Netherlands. 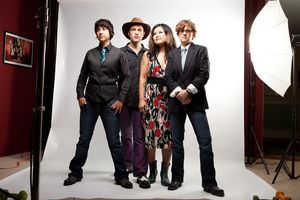 In 2010, she joined folk-pop band Girlyman and found true love. Girlyman had an international career and legions of "Girlyfans" who often traveled hundreds of miles to see the band. After touring with folk icons Indigo Girls and Dar Williams, and being signed to Indigo Girl Amy Ray's record label, they regularly sold out 400-seat venues in NYC, Chicago, San Francisco, Boston, and Washington DC, in addition to playing many renowned folk festivals. When JJ joined the group, Girlyman told their fans: "JJ is an old friend and a fantastic drummer. When we finally got to play with her, something just clicked. Our sound got bigger and and closer to what we had all imagined it to be for years." 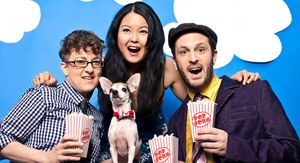 When Girlyman disbanded, JJ and two other members started a kids' music project called Django Jones. Their debut album, D is for Django, was released in 2014 to critical acclaim, receiving rave reviews from New York Parenting Magazine, Celebrity Parenting Magazine, and the Midwest Book Review, among many others. They spent six weeks as the #1 selling kids' record on CD Baby, and won a Parents' Choice Gold Award, one of the most prestigious awards in children's music.

JJ received a certificate in 2015 from Berklee College of Music in drum performance. She says, "In over 30 years of playing drums, I had never taken lessons or studied with a teacher. It was a whole piece I'd been missing as a musician, and I wanted to step-up my dedication to the instrument. I loved Berklee's program." 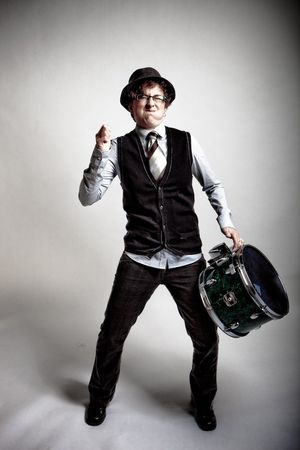 More recently, JJ did two national tours with Heather Mae, the explosive alp-pop sensation and passionate LGBTQ activist, and played a mainstage festival set with exiled Egyptian revolutionary, Ramy Essam, symbol of international social activism and "the voice of the Egyptian revolution". She's toured with Laney Jones, who Rolling Stone called one of the “10 new country artists you need to know”, and a song JJ co-wrote with Margaret Cho was featured in her Showtime concert movie “psyCHO".

JJ was the tech and gear editor of Tom Tom Magazine for its last three years in print, and she's now a regular contributing writer to The Beat, the online magazine run by the world's premier drum education site, Drumeo.

JJ has been a volunteer instructor at over 20 girls and ladies rock camps across the US. In addition to touring and recording, she is a drum coach who teaches private lessons, workshops and masterclasses to students all over the world through her drum education company EmpowerDrumming.com.

JJ Has Played With:

JJ (with Girlyman) SOLD OUT these venues:

JJ has performed at these festivals:

JJ has played official showcases at: